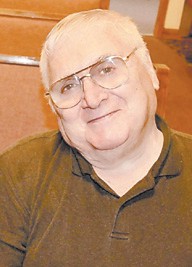 Funeral services for the Rev. Steve Stamper, 75, of Whitesburg, were held September 16 at Letcher Funeral Home. Burial was in Sandlick Cemetery.

A son of the late Hassel and Lora Anderson Stamper, he died September 13 at Letcher Manor Nursing & Rehabilitation Facility in Whitesburg. He was the widower of Patsy Maggard Stamper, to whom he had been married for more than 53 years.

Rev. Stamper was a mechanic, fabricator, and welder for Southeast Coal Company. He helped found and served as a longtime pastor of the Whitesburg Church of the Nazarene. He was an encourager to countless people throughout his pastorate and through the rest of his life.

In addition to his wife and parents, he was preceded in death by his brother, Kelly.