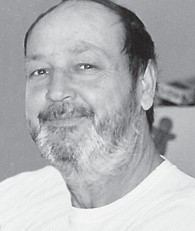 Richmond Hall, 56, died September 9 at his home at Ingrams Creek.

A son of the late Clayton and Ora Adams Hall, he was a brother of the late Wallace Lee Hall.

Funeral services will be held today (Wednesday) at 1 p.m., at the Cowan Chapel Church. Burial will be in Coots Cemetery at Linefork.

Letcher Funeral Home of Whitesburg has charge of the arrangements.