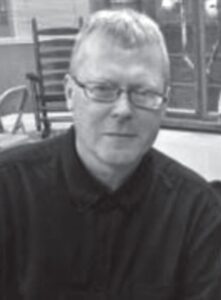 Rickey Hall, 58, of Jenkins, died September 25 at the Greg and Noreen Wells Hospice Center in Hazard.

He was a son of Wilburn Jimmy Hall Jr. and Saundra Lee Mullins Hall of Jenkins.

Funeral services for Mr. Hall were held September 28 at The Peoples Fundamental Baptist Church in Jenkins. Burial was in the Bentley Cemetery at Payne Gap.

Online condolences may be expressed at www.hallandjones.com.