Rites are held for Brenda Holbrook 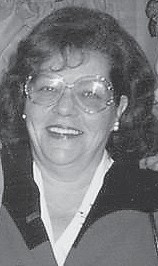 Born in Letcher County to the late Oscar ‘Bug’ and Ruby Pearl Stallard Day, she was a sister of the late Maluva Day.

She enjoyed gardening, baking, and spending time with family and friends.

Funeral services were held January 10 at Millstone Missionary Baptist Church. Burial was in the Hop Gibson Cemetery at Cowan.