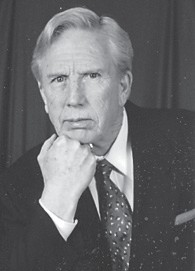 A son of the late Samuel M. and Bertie Gibson Love, he was born in Taylorsville.

A 1950 graduate of the University of Kentucky, he served in the Kentucky National Guard and in the U.S. Army during the Korean War as a military policeman stationed in Japan. He was retired as a soil scientist for the U.S.D.A. Soil Conservation Service, mapping soils in almost every county in Kentucky, and also mapping in Vermont.

Love was a square dancer with the “Dudes and Dolls of Corbin,” and enjoyed the University of Kentucky Wildcat games.

He was a member of First Baptist Church of Taylorsville, and the Association of Retired Conserva- tion Service Employees, the Honorable Order of Kentucky Colonels, and lifetime membership in the V.F.W.

Bur ial was in Valley Cemetery in Taylorsville.