Rites are held for Venson Whitaker 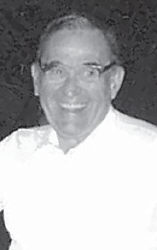 A son of the late Boyd and Martha Watts Whitaker, he was preceded in death by four sisters, a brother, and two grandchildren.

Funeral services were held May 17 at Cedar Grove Old Regular Baptist Church. Burial was in the Whitaker Cemetery in Ulvah.