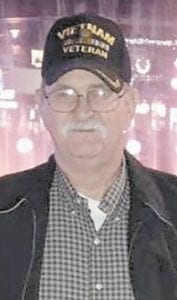 A son of the late Codell and Zola Gibson, he was also preceded in death by his son, Carl; two brothers, Bill and Merty; and a sister, Mary Nelson.

Mr. Gibson was a U.S. Army veteran of the Vietnam War before beginning a career in construction as a heavy equipment operator. He retired in 2005, giving him and his wife the opportunity to return to their Letcher County home where he loved University of Kentucky basketball, going to auctions, reading and watching T.V. Westerns, and spending time with his wife and family including his grandchildren.