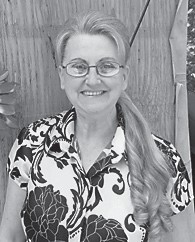 Barbara G. Adams, 64, of Sandlick, died November 12 at the University of Kentucky Hospital in Lexington.

A daughter of the late Sam and Mary Tyree Baker, she was the widow of Burtis Adams. She was also preceded in death by a brother, Forrester Baker, and two sisters, Margaret Kincer and Hazel Frazier.

Mrs. Adams was a member of the Calvary Temple Church of God.

Funeral services were held November 16 at the Calvary Temple Church of God. Burial was in the Evergreen Cemetery in Whitesburg.

One response to “Rites held for Barbara Adams”