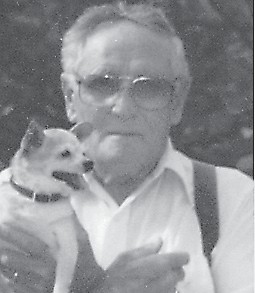 Born on Franks Creek at Eolia, he was a son of the late William Marion and Nancy Maggard Collier and the widower of Lela Scott Collier. He was also preceded in death by a son, Roger Wayne Collier; a grandson, Jeffrey Wayne Collier; three brothers, Henry Collier, Curtis Collier and Arnold Collier; and his stepmother, Ollie Halcomb Collier.

He was a veteran of World War II and served in the Battle of the Bulge. At his death, he was the oldest living veteran in Letcher County and was a 50-year member of the Fields Masonic Lodge in Cumberland. He retired from U.S. Steel Company at Lynch and was a member of the United Mine Workers of America and the Little Cowan Primitive Baptist Church. He enjoyed four-wheeling, picnicking and digging ginseng.

Funeral services were held March 23 in Benham. Burial was in Colliers Holly Ridge Cemetery at Colliers Creek in Partridge.