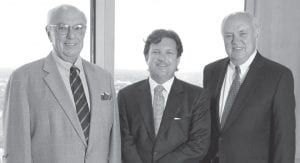 Webb, a retired Lexington attorney and real estate developer, was the husband of Julie Howser Webb. He died on July 19 of complications from Idiopathic Pulmonary Fibrosis (IPF) disease. Webb lived in Vero Beach, Florida. He was 74.

Webb was born in Hazard on July 2, 1939 to the late Woodford Webb and Elizabeth Combs Webb. Webb was raised in a coal mining camp then known as Hot Spot, near Whitesburg. After graduating from Whitesburg High School in 1956, he attended Virginia Military Institute and graduated from Georgetown College in 1960. He was married to Julie Howser Webb in 1964 in Frankfort.

Webb joined the Kentucky Department of Economic Development, acquiring extensive experience in community and industrial development through active participation in statewide development programs. He attended the University of Kentucky College of Law earning a JD degree in 1967. During this period, he retained his position as Special Assistant to the Commissioner of that Department. He served in the Kentucky National Guard.

In June 1967, Webb was named as Special Assistant on the White House staff in Washington DC, where he served as legal advisor to the National Advisory Commission on Civil Disorders, investigating riots in various cities throughout the nation. Upon completion of this assignment in 1968, Webb returned to Kentucky where he co-directed the unsuccessful campaign of Katherine Peden for the United States Senate.

Webb practiced law with the Louisville firm of Handmaker, Weber & Meyer until 1971, when he and his brother, Dudley, formed a law partnership in Lexington. Concurrently, the two brothers began a real estate involvement. In 1979, this firm became The Webb Companies, a consolidation of their real estate development, design, finance, legal, construction, marketing, leasing, brokerage, property management, and ancillary functions. The Webbs developed nearly 5.5 million square feet of office, warehouse, residential and shopping center buildings in Fayette County with assessed values of hundreds of millions of dollars.

Webb projects literally changed the face of downtown Lexington with their office towers, specialty centers and condominiums. The Webb Companies was recognized as the nation’s third largest diversified real estate developer in 1986. It developed real estate projects in more than 20 American cities.

Webb served on the Board of Directors of the University of Kentucky Alumni Association, as a member of the Visiting Committee of the University of Kentucky College of Law, as the Director of the Business Partnership Foundation of the Kentucky College of Business and Economics, was a UK Fellow and was a former Director of the Kappa Alpha Order Education Foundation. He was formerly a member of the Lexington Club, Lexington Country Club, Vero Beach Country Club, Quail Valley River Club and the John’s Island Club. Professional affiliations included the Fayette County, Kentucky and American Bar Associations.