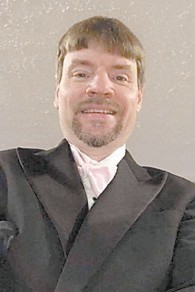 Funeral services were held May 27 for a Jeremiah man who drowned while boating last week.

A Corps of Engineers ranger located Pinyerd’s unresponsive body in the water. Foul play is not suspected. He was seen on his pontoon boat on the lake the night of May 22. The boat was found on the lake the next morning with no one aboard.

Authorities believe Pinyerd fell overboard during the night and drowned.

Funeral services were held May 27 at Letcher Independent Baptist Church. Burial was in the Johnson Cemetery at Cody.

Pinyerd was a son of Mary Sue Johnson Pinyerd and Floyd Pinyerd. Mr. Pinyerd went to school at Letcher High School, and was graduated from Nashville Auto Diesel College. He loved to fish and garden.

Surviving in addition to his parents are his wife, Helen

Baker; a sister and brother in-law, Sara and Andy Creighton of Sardinia, Ohio; a brother and sister-in-law, Tim and Ying Pinyerd of Victoria, Australia; two nieces, Cierra Creighton and Justine Pinyerd; and a nephew, Logan Creighton.