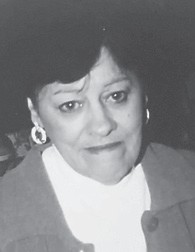 A daughter of the late Elvora Burke and Uriah Bates, she was the widow of Hennie Meade, who was a World War II veteran. She was also preceded in death by a brother, Lacey Hall; a sister-in-law, Cecil Hall; a sister, Gladys Johnson; and a brother-in-law, Ferral Johnson.

Mrs. Meade worked at Wendy’s Restaurant in Somerset for 14 years. She loved planting flowers, crocheting, and helping others when she could.

Funeral services were held February 14 at Letcher Funeral Home. Burial was in the Johnson Cemetery at Colson.