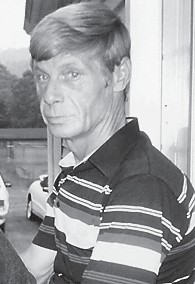 A U.S. Army veteran, he was born in Fleming-Neon to the late Albert and Maudie Boggs Mosgrove, and was the widower of Janet Paul Mosgrove.

He was the father of the late Virginia Mosgrove and Tracy Blair.

Funeral services were held March 17 in Ohio. Burial was in Washington Cemetery.