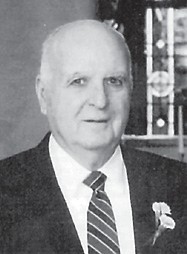 Funeral services for Elmer Eugene ‘Gene’ Palmer, 82, of Whitesburg and formerly of Camden, Mo., were held February 14 in Missouri.

A son of the late Joseph Harrison and Lou Ella Davis Palmer, he died February 7 in Whitesburg. He was a grandfather of the late Eric Keith Palmer.

He served 30 years in the U.S. Air Force, both active and in the Reserves, and was retired from Ford Motor Company.

Debra Lane and husband David, and Gail Hendry, all of Spokane, Wash., and Vickie Hendry of Murfreesboro, Tenn.; and 21 grandchildren and 17 great-grandchildren.