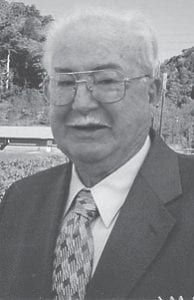 He was the father-in-law of the late Jim Crit Gose, and a member of the Millstone Methodist Church.

Funeral services were held December 21 at Everidge Funeral Home in Whitesburg. Burial was in Holbrook Cemetery at Mayking.