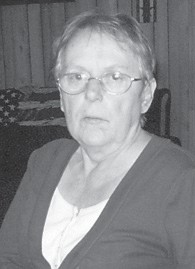 Surviving are her husband, Billy Lucas; a daughter, Miranda Sturgill of Jenkins; seven grandchildren, a number of great-grandchildren, and brothers, and sisters.

Funeral services for Mrs. Lucas were held August 22 at Letcher Funeral Home in Whitesburg. Burial was in the family cemetery at Thornton.