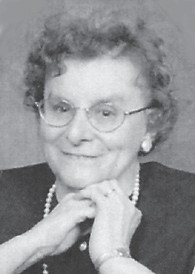 She was a 1946 graduate of Shreve High School where she was named valedictorian, and had worked for Freedlanders. She was a member of Wayne Presbyterian Church for more than 50 years, and wrote to a pen pal in England for 68 years.