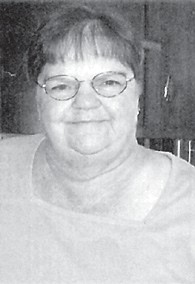 A daughter of the late Troy and Daisy Ray Adams, she was the widow of Denver Lee ‘Peanut’ Bentley.

She was a sister of the late Chester Jr. Adams, and Larry Joe Adams.

Funeral services were held October 6 at the Church of God in Fleming- Neon. Burial was in the Haven of Rest Cemetery in Whitesburg.