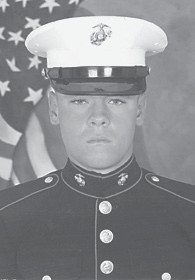 Funeral services for Jamie Isaac, 45, of Lexington, were held May 14 at Deane Baptist Church. Burial was in the Webb Cemetery at Mayking.

A son of James and Dewanna Polly Isaac of Deane, he was born in Pikeville. He died May 9 at Central Baptist Hospital in Lexington.

He was a grandson of the late Nathan and Hazel Isaac and Geneva Polly, and a nephew of the late Bonnie Kincer.

Isaac was a 1982 graduate of Fleming-Neon High School and received two associate degrees from the University of Kentucky. He was a U.S. Marine Corps veteran.