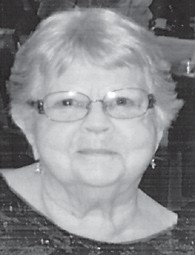 Born in Mayking, she attended nursing school in Lexington. She and her husband, J. Dudley Herron, lived in many places throughout the United States and in Germany, Malaysia, Israel, Scotland and China.

After the oldest of their three sons, James Dudley Herron II, died from a cerebral hemorrhage at 11 years old, his heart was transplanted and Mrs. Herron became an advocate for organ donation.

She toured with Louis Byron Russel Jr., who at that time was the longest-lived heart transplant recipient.

Mrs. Herron was a leader in Stephen Ministry, a hospice volunteer, and assisted overseas medical missions. She joined the Indiana University Medical Center’s Alzheimer’s disease study, participated in its research for several years, and donated her brain to it upon her death.