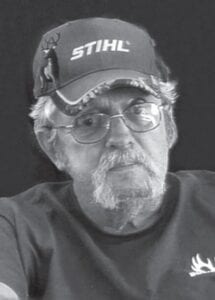 Mr. Watts was retired as a machinist for Cummins Engine Company after 37 years, and was a member of the National Rifle Association.

He was a former member of Bass & Fishing Club in Columbus, and enjoyed hunting and fishing, and watching his grandchildren shoot archery.

Funeral services were held April 25 in North Vernon, Ind. Burial was in Dupont Cemetery in Indiana.