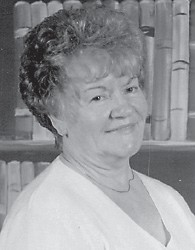 A daughter of the late Henry and Minerva Jones Kimbley, she was the widow of Courtney Adams Sr. She was also preceded in death by a daughter, Melissa “Missy Cat” Brown; two brothers, Andrew and Pete; and five sisters, Irene, Iva Dale, Helen, Ruth, and Margie.