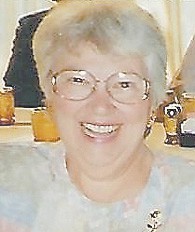 Born in Fleming, she had lived in Elyria and Hamilton, Ohio, and in Big Stone Gap, Va., since the mid 1990’s. She was an accountant for Wooldridge, Lesnick and Tubbs in Elyria, Ohio.

Mrs. Marcum was a member of the Old Quilters Guild and Blair Branch Old Regular Baptist Church in Jeremiah.

She was preceded in death by her husband G.W. “Bill Marcum; a son, Steven Marcum; a great-grandson, Ryan Wright; a brother, Don Adams; and two nephews.