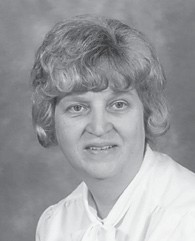 Mary Sturgill, 80 died Tuesday, March 26, at her home in Jackhorn.

A daughter of the late Lonzo and Virgie Collier Johnson, she was the widow of Bobby Gene Sturgill.

She was a homemaker and a member of the Hemphill Church of Christ.

Funeral services for Mrs. Sturgill were held March 28 at the Hemphill Church of Christ. Burial was in the Green Acres Cemetery at Whitesburg. Hall & Jones Funeral Home of Virgie had charge of arrangements. Online condolences may be expressed at www.hallandjones.com.