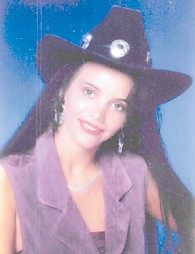 Funeral services for Mia Nicole Cornett, 42, were held August 18 at Letcher Funeral Home in Whitesburg. Burial was in the Lilley Cornett Wood Cemetery at Hallie.

A daughter of Jimmie Cornett and Marsha Smith Freeman, she died August 14 at her home at Hallie.

She was a sister of the late Jonathon Allyn Cornett.