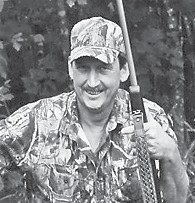 Patrick Campbell, 58, died July 26 at his home at Hallie.

A son of Junior “Ruley” and Dorothy Combs Campbell of Cornettsville, he was a brother of the late Virginia Halcomb.

Funeral services for Mr. Campbell were held July 28 at the Church of the Lord Jesus Christ at Slemp. Burial was in the Hart Campbell Cemetery at Hallie.