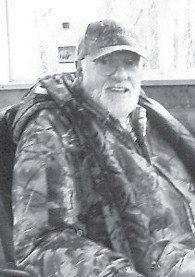 He had been a member of the United Mine Workers of America since 1973.

Letcher Funeral Home in Whitesburg had charge of arrangements.