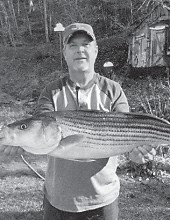 Funeral services for Ricky G. Adams, 56, were held August 27 in Hindman. Burial was in the Adams Cemetery at Isom.

A son of Jeanette Hall Adams and the late Bill Adams, he died August 22.

Mr. Adams was the father of the late Teal Branham.

Surviving in addition to his mother are his wife, Phyllis Adams; a son, Dustin Tanner Adams and wife Paige; a daughter, Megan Brock and husband Victor; two brothers, Bill Adams and Dwayne Adams; nine grandchildren and a great-grandchild.