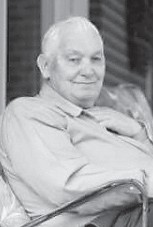 He was a son of the late Tinsley and Lucinda Smith Ison.

Funeral services for Mr. Ison were held December 27 at the Blair Branch Old Regular Baptist Church. Burial was in the Hampton Cemetery at Letcher.

In lieu of flowers donations are suggested to the Blair Branch Old Regular Baptist Church.