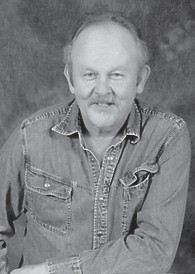 He was a son of Mary Blair Taylor of Whitesburg, and the late James Estil Taylor.

Surviving in addition to his mother are a son, Bryan Taylor of Jenkins; a daughter, Angela Hope of Georgia; and two brothers, Gary M. Taylor of Whitesburg and Stevie A. Taylor of Neon.

Funeral services were held February 4 at the Campbranch Pentecostal Holiness Church. Burial was in the Taylor family cemetery in Whitesburg.