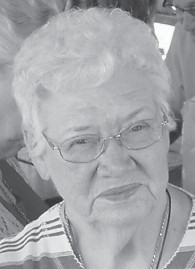 She was a teacher and librarian in the Cincinnati school system for more than 40 years. She started her teaching career in a one-room school at Indian Creek.