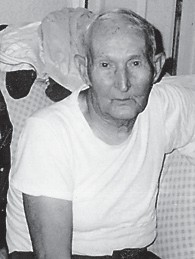 A son of the late Emmit and Hettie Hampton Halcomb, he was the widower of Monia I. Halcomb.

Funeral services for Mr. Halcomb were held September 30 at Letcher Funeral Home in Whitesburg. Burial was in the Banks Peaceful Acres Cemetery at UZ.