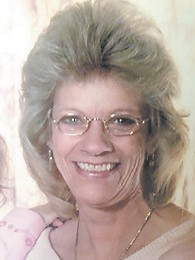 Funeral services for Theresa Elaine Noble, 66, of Deane, were held July 23 at Letcher Funeral Home. Burial was in the Potter Cemetery at Kona.

A daughter of the late Thomas J. and Edna Niece Helton, she was the widow of Ted Noble. She died July 20 at the Greg and Noreen Wells Hospice Center in Hazard.