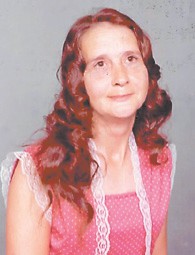 A daughter of the late Arnold and Beatrice Wilcox Collins, she was the widow of Lloyd Caudill.