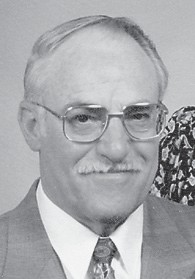 Born in Cram Creek to the late Emmitt Bascom and Sally Adams Wampler, he had lived in Indiana for the past 37 years.

The former owner and operator of Wampler Brothers Coal Mine in Whitesburg, he was the father of the late Kent E. Rarey and Melanie J. Rarey. He was also preceded in death by three sisters, Faye, Naomi and Nana Lou.