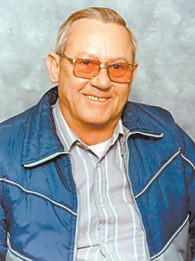 Born at Hallie to the late Pearl and Cinda Smith Watts, he was the widower of Betty DeBurger Watts.

Mr. Watts was retired in 1997 from Reliance Electric in Madison where he worked as a tow motor operator for 40 years. He enjoyed hunting and fishing, and tending to his dogs, guineas, and chickens.

Funeral services were held on Tuesday, April 9, at Stratton-Karsteter Funeral Home in Versailles, Ind. Burial was in the Shelby Cemetery. Memorials may be given to the Jefferson County Humane Society or the Shelby Cemetery in care of the funeral home.