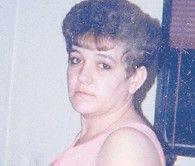 Funeral services were held Sept. 13 for a 41-year-old Whitesburg woman who died in a two-vehicle collision at Mayking last week.

Kentucky State Police said Cherie Derena Taylor was traveling in a gold 2002 Chevrolet Cavalier southbound on US Highway 119 when, for an unknown reason, the vehicle suddenly veered across the median and into the path of a black 2004 Ford F-150 traveling northbound in the right-hand lane on Sept. 9.

Police said the vehicles collided head-on and both vehicles came to a stop in the northbound lanes.

Ronnie Taylor, Mrs. Taylor’s husband, said Lydia has been transferred to the children’s hospital at the University of Tennessee and is recovering.

“She is going to be alright,” said Ronnie Taylor. “She’s a fighter.”

The operator of the truck, Brittney Bates, 19, of Thornton, and her two passengers were treated for injuries at the Whitesburg hospital.

Police said seat belts were used by all persons involved in the collision.

The accident forced the closing of Highway 119 North for more than three hours. Bolling said the state highway department used a vehicle with a sweeper blade to rid the highway of many nails and other debris.

Letcher, Mayking, Neon and Whitesburg fire departments responded to the accident as well as officers from KSP and the Letcher County Sheriff ‘s Department.

KSP Trooper Derek Hall is in charge of the investigation.

Funeral services for Mrs. Taylor were held Sept. 13 at the Campbranch Pentecostal Church. Burial followed in the family cemetery at Whitesburg.

Mrs. Taylor was a daughter of Tommy Yonts of Beaver Dam and the late Shirley Anderson Collins.

Mrs. Taylor was preceded in death by a brother, Christopher Amburgey, and a sister, Melissa Yonts.