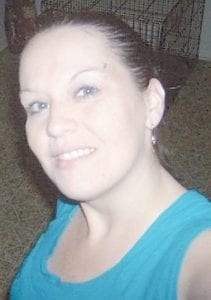 Funeral services were held in Frankfort Monday for a woman who was killed in a car wreck near Colson last week.

Pamela Jo Walker, 28, of Frankfort, was pronounced dead at the scene on Nov. 15 by Letcher County Coroner Marty Baker after suffering head trauma when the car in which she was a passenger went over an embankment near Colson.

Kentucky State Police said Sheila Collins, 35, of Whitesburg, was driving the 2004 Ford Mustang southbound on KY 7 at 7:35 p.m. on Nov. 15 when she lost control of the car. The car went over an embankment and ruptured a natural gas line, state police said in a news release. There was no fire, but rescue workers had to use extreme caution.

“ The way the vehicle traveled, it just caught it,” said Miles.

Miles said he heard gas spraying into the air and said there was a possibility of an open spark causing an explosion. He said emergency crews had to wait until an employee with Kinzer came and shut off the gas line.

“It’s just unsafe for the scene and is too dangerous,” said Miles.

Collins was transported to Whitesburg Appalachian Regional Hospital where she was treated for her injuries and was released.

Police said no seat belts were in use at the time of the wreck, and that alcohol was not a factor.

Volunteers with Letcher Fire and Rescue and the Colson Volunteer Fire Department were dispatched to the scene.

This accident remains under investigation by KSP Trooper Adam Hall.

Funeral services for Walker were held Nov. 21 at Harrod Brothers Funeral Home in Frankfort. Burial was in Sunset Memorial Gardens in Woodford County.