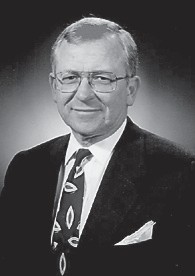 Born in Whitesburg to the late William H. Sr. and Bertha Mae Blair, he was a Boy Scout and was the first to attain the rank of Eagle Scout in Letcher County.

He was graduated from Randolph Macon College in Virginia, was a member of the Phi Delta Theta Fraternity, and had worked for General Electric.

He received the Lifetime Presidents Club, Chairman’s Circle and was winner of the Multiline Top Agent trophy many times, and was a member of the Million Dollar Round Table.