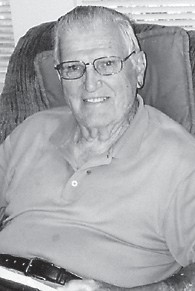 Born in New Orleans, La., he was a son of the late Lawrence and Dorothy Douglas.

He was a veteran of World War II and served in Merrill’s Marauders in the China/Burma/India Campaign. He was recalled into the Air Force Reserves during the Korean War, and made the Air Force his career.

Burial was in Sacramen- to Valley VA Cemetery in Dixon, Calif.