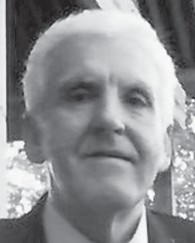 Graveside services for Robert “Bob” Howard McElroy, 77, of Millstone, were held June 8 at the Thornton Cemetery.

A son of the late James and Ethel McElroy, he died June 3.

He was a brother of the late Bud McElroy, Opal Mason, Pauline Mason, Dorothy Jean Johnson and Mary Evelyn Bentley.

Mr. McElroy was retired from the Pipe-Fitters Local 211 in Houston, Tex., where he had lived for 26 years. He enjoyed spending time with his family.