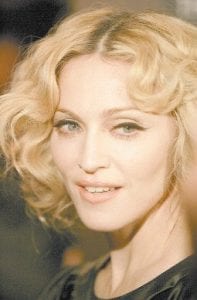 Madonna, John Mellencamp, The Ventures, Leonard Cohen and The Dave Clark Five have been announced as the latest inductees to the Rock and Roll Hall of Fame.

A panel of 600 industry figures selected the five acts to be inducted at the annual ceremony, to be held March 10 in New York.

The Rock Hall, located in Cleveland, will also honor Little Walter in its sideman category for helping establish the modern blues harmonica on recordings with legends like Muddy Waters and Bo Diddley.

Producers Gamble & Huff will be honored in the non-performer category.

“The 2008 inductees are trailblazers – all unique and influential in their genres,” Rock and Roll Hall of Fame Foundation President and CEO Joel Peresman said in a statement. “From poetry to pop, these five acts demonstrate the rich diversity of rock and roll itself.” To be eligible, artists must have issued a first single or album at least 25 years before nomination.

More about the inductees:

• With the 1966 release of In My Life by Judy Collins, containing Leonard Cohen’s “Suzanne” and “Dress Rehearsal Rag,” Cohen became a folk rock icon of the singer songwriter movement. Already an acclaimed poet and novelist in his native Canada, Cohen moved to New York in 1967 and released his classic album Songs of Leonard Cohen on Columbia Records. Its music launched Leonard Cohen into the highest and most influential echelon of songwriters. Cohen’s elegiac work is widely used in film and covered by artists from Jeff Buckley to Bono to Bob Dylan to R.E.M. As Kurt Cobain said, “Give me a Leonard Cohen afterworld so I can sigh eternally.”

• One of the most successful British Invasion bands of the Sixties, The Dave Clark Five topped the UK charts in 1965 with their iconic pop song “Glad All Over.” Thundering production set the DC5 apart. Their slick melodic sensibility masked their boom factor: The DC5 were the loudest group in the U.K. until the advent of The Who. Drummer, songwriter and manager Dave Clark provided a perfect foundation for Mike Smith’s soulful vocals. Reaching the Top Forty 17 times in just three years, with more appearances on the Ed Sullivan show than the Beatles or the Rolling Stones, the DC5 were an enormous pop phenomenon before disbanding in 1970. The Dave Clark Five have sold more than 50 million records worldwide to date.

• Doors opened wide for Madonna Louise Ciccone in 1982, after five years as a singer and dancer on New York City’s competitive club circuit. She signed with Sire Records (her label for the next 14 years) where her idiosyncratic persona exploded

(Continued on Page B8) onto turntables, dance floors and airwaves and captured the imagination of the first generation of MTV viewers. She went on to become the top female star of the 1980s with seven #1 hits, three #1 albums and seventeen top ten hits in that decade. In addition to molding her public image, Madonna is a meticulous studio craftsperson and completely uninhibited stage performer. From her first #1, 1984’s “Like A Virgin” (produced by Nile Rogers of Chic) to her most recent two year Confessions campaign, Madonna remains one of the most ferociously original artists in music today.

• Over the course of his career, John Mellencamp has become a symbol of the hopes, struggles and passions of America’s heartland. As a songwriter, many of his efforts have transcended “hit” status (“Hurts So Good,” “Pink Houses,” “I Need A Lover”) and have entered the cultural vernacular. Mellencamp’s musical heart is in his ballads and rock numbers rooted in late 50s and early 60s rock and roll. His music describes the American experience; the hopes and fears of the common everyman. As co-founder of Farm Aid, Indiana’s favorite son gives voice to issues that might otherwise be ignored, from our disappearing farmlands to the role of race and class in America.

• From Seattle, The Ventures defined instrumental guitar rock in the 1960s. Their hits bookended the decade, from 1960’s “Walk Don’t Run” to 1969’s “Hawaii Five-O.” Nokie Edwards’ twang-guitar and the crisp rhythm of Don Wilson, bassist Bob Bogle and drummer Mel Taylor gave every Ventures album their trademark bent note sound. Long admired by other bands like the Beatles (and especially George Harrison), Stephen Stills, Joe Walsh, Aerosmith, and others, the Ventures hit the Billboard chart nearly three dozen times in the 1960s. The transparent stereo mixes enabled guitarists to isolate and learn every riff, an idea that fueled 1965’s essential instruction LP Play Guitar With the Ventures. Founders of surf rock, the Ventures inspired a classic line of Mosrite guitars and have maintained a flourishing touring and recording career for decades, especially in Europe and Japan.

• A;lthough Little Walter (May 1, 1930 – February 15, 1968) might not have been the first person to amplify the harmonica, his pioneering use of the microphone helped establish the modern blues harmonica. With a mike clasped to his harp, Little Walter created echoing, moaning, hornlike sounds that redefined the capabilities of the instrument. Walter Jacobs had fourteen top ten hits on the R&B charts in the 1950’s including two number No. 1 songs “Juke” and “My Babe.” Little Walter toured and recorded extensively with blues great Muddy Waters in the 1950’s. He also recorded with Jimmy Rogers, Memphis Minnie, Otis Rush and Bo Diddley. Little Walter’s influence was pervasive, especially in England where the next generation of harp players such as Mick Jagger listened to his records over and over.

• Songwriters-producers and record label owners Kenny Gamble and Leon Huff made Philadelphia the soul capitol in the 1970’s. Gamble and Huff’s label Philadelphia International had a stable of artists that included the O’Jays, McFadden & Whitehead, Harold Melvin and the Blue Notes, Lou Rawls and Dee Dee Sharp. Their records featured the duo’s trademark sound: lush string orchestrations, a powerful rhythm section and a disco beat. They also worked with Dusty Springfield, Wilson Pickett, and Jerry Butler among others. In 1990, Gamble and Huff won a Grammy for best R&B song, awarded for Simply Red’s cover of the Blue Notes’ 1972 hit “If You Don’t Know Me By Know.” And in 1999, they won the Grammy Trustees Award.