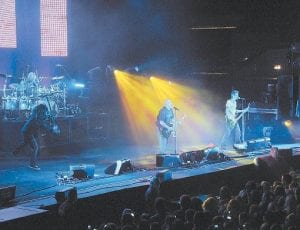 “Four bands for under 40 dollars” is the way the “Stimulate This” rock tour was being touted before arriving at the Eastern Kentucky Expo Center in Pikeville last week. Up and coming bands Halestorm and Chevelle opened for headliners Shinedown and Staind (pictured above) at the July 21 concert. (Photos by Chris Anderson) 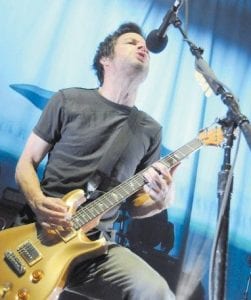 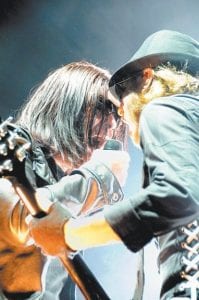 Lead singer Brent Smith and lead guitarist Zach Myers of the band Shinedown shared the microphone during their set. 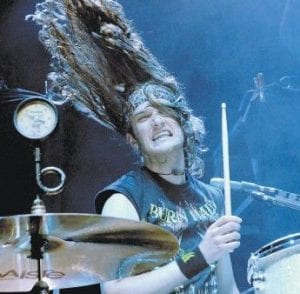 Drummer Arejay Hale (above) performs with his sister, Lzzy Hale, in the band Halestorm. Ms. Hale (seen in photo at left) is the founding member of the band, which performed in Pikeville last week. 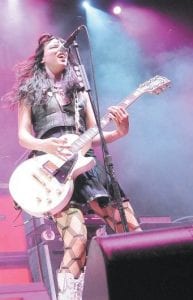