Roger B. Collins dies at 70 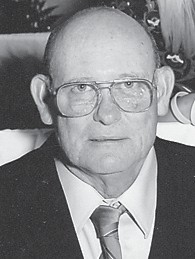 Born at Sandlick, he was a son of the late Robert B. and Myrtle Marie Collins. He was also preceded in death by three brothers, Rodney Collins and twin brothers Leslie and Lester Collins; his father-in-law and motherin law, Elmer and Laura Greathouse; and his brotherin law, Jerry Crider.

Mr. Collins was employed at Cummins Engine Company for 47 years and also worked with rentals.

A graduate of Letcher High School, he never missed a day of school. During high school he was an outstanding punter. He was a veteran of the Korean War, and served as a pallbearer for President Dwight D. Eisenhower’s funeral services.

He was a member of Columbus First Assembly of God Church and the Landlord Association.