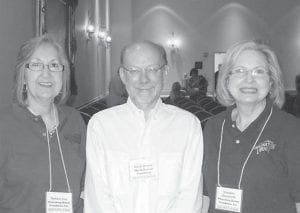 Toni Buzzeo, Author of ‘One Cool Friend’, was on hand to sign her book, which has been made into a production now playing at Dollywood Theme Park. The highlight of the conference was an appearance by Dolly Parton. Over 200 individuals from the United States, United Kingdom and Canada attended the conference.

The Rotary Club of Whitesburg sponsors the Imagination Library in Letcher County. The program is coordinated by Barbara Ison and Margaret Hammonds.