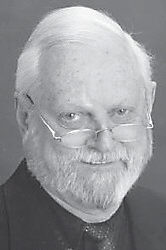 Rudy Abramson, a nationally known journalist who co-edited a highly regarded encyclopedia dedicated to the Appalachian region, died Feb. 13 from injuries suffered in a fall at his home in Reston, Va. He was 70.

A Washington reporter for the Los Angeles Times for 30 years, he co-edited with Jean Haskell the Encyclopedia of Appalachia and was nearing completion of a biography of legendary Letcher County lawyer and author Harry Caudill. Abramson wrote a highly praised biography of American statesman Averell Harriman and also helped start the Institute for Rural Journalism and Community Issues, which is based at the University of Kentucky in Lexington.

“Although he was always a big city reporter, Rudy never forgot his rural roots in northern Alabama,” said Al Smith, the Lexington journalist and former KET host who co-founded the Institute for Rural Journalism with Abramson. “He was passionately concerned about environmental and economic problems in Appalachia. While writing stories about the region, he concluded that one major improvement might be to help local news folks do a better job covering the serious issues. That’s how we came up with the ideas for the Institute, which we sold to President Lee Todd at UK.”

The Institute did its first work in Appalachia and remains rooted in the region, which was the subject of the 2006 encyclopedia. He told Howard Berkes of National Public Radio in a 2006 interview about the encyclopedia that the word “hillbilly” first appeared “in the New York Sun about 1900 and the definition of it was a white person from Alabama without visible means of support, ambition or much of anything else. And I suppose that was one of the reasons that I got involved in this project. It seems that I’m the absolute hillbilly by that definition.”

From humble beginnings, Rudy Abramson went on to touch many lives all over the country. Smith said, “I remain, with others, just stunned that this brilliant, dedicated and compassionate man is gone. He was so helpful, so engaged with fellow humans who tried to make a difference. In our friendship of 30 years, I never doubted he was one of the most important journalists in the country. In his death, I know more than ever, how much I loved him, and how vacant my life has become in the hours since I heard.”

Abramson was born in Florence, Ala., on Aug. 31, 1937, one of 19 children. After graduating from the University of Mississippi in 1958, he became a political reporter for The Tennessean in Nashville. He joined the Times in 1965. At the Times, “He had a part in just about every major story for 30 years,” said a longtime colleague, Richard T. Cooper. He was hired to cover science and became one of the first national reporters assigned to the space program. He covered the development of the Apollo 11 mission and the first manned landing on the moon in 1969. He was the paper’s White House correspondent when Richard Nixon resigned the presidency, and before that covered the Vietnam War policy debates, the bombing of Cambodia, the Watergate scandal and the Nixon impeachment hearings.

Abramson authored the widely acclaimed Spanning the Century: The Life of W. Averell Harriman, 1891-1986, published in 1992, and Hallowed Ground: Preserving America’s Heritage, published in 1996, about the Piedmont region of northern Virginia, where some of the bloodiest battles of the Civil War took place. While writing the book, he helped organize opposition to a plan by the Walt Disney Co. to build a history theme park near the Manassas Battlefield. As executive director of the ad hoc group Protect Historic America, he helped recruit prominent writers and historians such as including William Styron, Shelby Foote and C. Vann Woodward to defeat the proposal, which they believed would desecrate a region known for its natural beauty and historical importance. The effort made national headlines, and Disney withdrew the plan in 1994.

“After leaving the Times in 1996, Abramson became one of the most prolific and powerful voices for and about rural communities,” says the Daily Yonder, the online rural news site that he helped start after getting the Institute for Rural Journalism off the ground. He was chairman of the Institute’s national Advisory Board at the time of his death. He wrote about how coal mining in Appalachia had “outgrown human dimension,” and in 2002, he wrote a column that sparked a successful effort to keep CBS from producing a reality version of “The Beverly Hillbillies.”

The network’s plan was to pluck rural residents from wherever, put them in swank Beverly Hills and let the cameras roll. “This time we shall see real rural people put on display in circumstances reeking of condescension,” Abramson wrote in the Times. “Young urbanites and recent immigrants unfamiliar with Jeb, Granny, Elly May and Jethro will be left to conclude that the bumfuzzled new hillbillies are more or less typical of rural Americans.”

“To be sure, Southerners and mountain folk are somewhat culpable for their region’s image as Dogpatch incarnate. Entertainers from the region have eagerly promoted the hillbilly image. Across the region, hillbilly motifs are on exhibit nearly as prominently as Old Glory. But there is quite a difference between self-deprecation and being manipulated, stereotyped and commercialized by outsiders. The plan to use reallife Clampetts for mass amusement is more than a cute scheme to cash in again on a weathered target of ridicule. Rather, it is a symptom of the mass media’s lack of regard for rural America, a detachment manifest not only in sitcoms’ affinity for Southern hillbillies, hicks and rubes but in urban news organizations’ general disinterest in rural issues.”

CBS ended up pulling the plug on the hillbilly reality show.

At the time of his death, Abramson was deep into his biography of Harry Caudill, the late Whitesburg lawyer, author and environmentalist whose 1963 book, Night Comes to the Cumberlands, focused national attention on the underdevelopment of Appalachia and helped start the War on Poverty. Caudill committed suicide in 1990 when he was 68 and facing an advanced case of Parkinson’s disease. The project was an examination of how the War on Poverty began and the role played by Caudill and by Tom and Pat Gish, editors of The Mountain Eagle.

In April 2007, Abramson helped present the Gish Award for courage, integrity and tenacity in rural journalism to the Ezzell family of The Canadian Record in Texas at the Institute’s April 2007 National Summit on Journalism in Rural America.

Rudy Paulk Abramson is survived by his wife, Joyce; daughters Kristin and Karin; and three grandchildren. Cremation was chosen. A memorial service will be held at 11 a.m. Feb. 26 at the Freedom Forum’s new Newseum at 555 Pennsylvania Ave. in Washington. The family asks that memorial gifts be made to the Institute for Rural Journalism and Community Issues, at the address below, or the New Opportunity School for Women at Berea College.

This report was compiled from dispatches from the Institute for Rural Journalism and Community Issues in Lexington and from The Daily Yonder (www.dailyyonder.com).