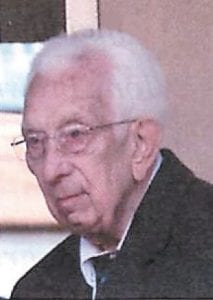 Mr. Wright was the widower of Gladys Hall Wright, and was later married to Violet “Chick” Stumbo Hall Wright, who also preceded him in death.

He was a brother of the late Charlie Wright, the longtime Letcher County Clerk. Five other brothers — Hillard, William “Bill,” Harvey, Nick, and Comey Wright — also preceded him in death, as did his two sisters, Hennie and Seldom.

Johnson, Knott, Lawrence, Magoffin, Martin, Perry, Pike, and Bell counties. He was named “Supervisor of the Year” three times, and received many other awards and distinctions.

After his retirement, he was hon- ored with an Officer Training Center named after him in Sandy Hook, Ky.