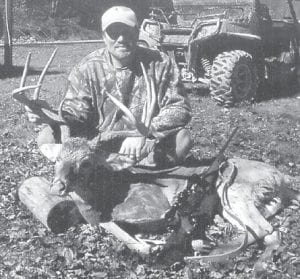 December is swiftly passing along. It’s hard to believe it’s less than a couple of weeks until Christmas, and the end of the year will be here before you know it.

So much sadness has hit throughout the area. Bill Campbell of Linefork died last week. He was much loved by his family and friends, and well known throughout the community.

Our sympathy goes out to his daughters, Ashlee and Sarah, and their families, who have been so good taking care of him throughout his illness. It will be a sad holiday season for them and his entire family.

Ronnie and Tammy Sue Banks of Black Bottom lost their daughter, Kristianna. She was 37 years old and touched so many with her loving ways. She was a special angel to all who knew her.

Her funeral was held at Blair Branch on Saturday, and she was laid to rest at the Horse Mill Point Cemetery. Afterward the family came back to the church to be together and have dinner before going their separate ways.

And the Dorse Fields family has our deepest sympathy during their heartbreaking loss of Dorse. Dorse and Gwen left here and lived in Louisville, where he worked as a firefi ghter until he retired. They moved back in the ‘70s and ran a gas station and store for many years with the help of Burlene Smith.

Dorse was a fine friend and neighbor who loved his family and friends, loved to joke around and enjoyed fishing, cooking, mowing the grass and hard work in general, and watching the UK Wildcats, but most of all, he loved the Lord and his Blackey Presbyterian Church family.

A large crowd came out to show their love and support to Gwen, Sheryl and Todd, the grandchildren and his sisters, Irene, Iantha and Doreen.

A blood drive was held Saturday at the Blackey Senior Citizens building for Danny ‘Hoot’ Campbell. Hoot has recently been put on the lung transplant list, and a large crowd showed up to donate and show their love and support for him.

Ellis Adams is home from the hospital, but still not too well, and Geraldine Ison had her surgery in Lexington and is back home doing well.

Van Blair and Minnie Blair are both still feeling poorly. Also, Roland Brown has been having trouble breathing and went to the hospital.

Bob, Hunter Banks and I drove the four-wheeler up Back ‘Holler’ in Carbon Glow to see if the slate dump fire was still burning, and it is. It’s been burning for a couple of months now, and they are trying to put it out.

We also saw Ab Wilder’s son, Ed, up there and he showed us where the old stone Marian coal building was. We heard it was up there but hadn’t seen it before.

Bob, Sue Goodson and I visited at the nursing home last Sunday, and later stopped in to visit at their Aunt Hattie Bank’s home.

Gary and Caffie Caudill were at the nursing home visiting his dad, Coman. They had been to Pigeon Forge, Tenn., and stopped in Letcher County on their way back. Gary and his uncle, Alonzo Caudill, both celebrated birthdays recently.

Mom and Dad (Coreen and Don Pridemore) and I went to Lexington last week to eat and shop at Cracker Barrel with Jessie Banks Scott. Lyndci and Sadie Gilliam came over and met us there for lunch.

We enjoyed watching baby Sadie trying to eat and play with her toes and fingers at the same time.

Ellis Adams’s sister, Lucille, and her daughter Pat, have been in to visit him recently.

That’s all I have time for today. Have a good week.