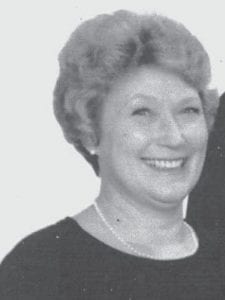 Sally Louise Potter Wissinger, 68, died February 16 at her home in Russell, surrounded by her family.

She was born in Jackhorn to the late Jesse and Mary Riley Potter.

Funeral services for Mrs. Wissinger will be set at a later date.