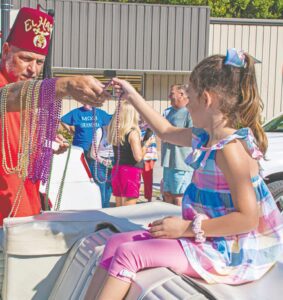 El Hasa Shrine Club member Mike Bates picks out Bristol McCall for a set of beads during Saturday’s parade in downtown Jenkins. Bristol is the daughter of Bennie and Randi McCall.

Letcher County’s festival season was back again for the first time in two years with the arrival of the Jenkins Homecoming Days Festival last weekend. Next up on the list of the gatherings leading to the Mountain Heritage Festival late in September is the Isom Days Festival, which is now underway. 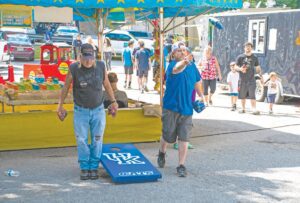 Josh Stanley lets a bean bag fly during a game of cornhole in the Jenkins City Park during the Jenkins Homecoming Days Festival. 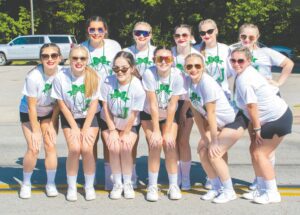 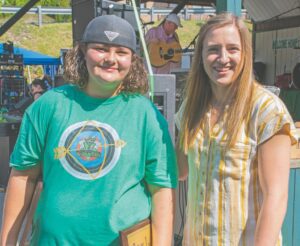 Present and former Jenkins Independent Schools star athletes Kimber Collins (left) and Whitney Creech pose for a photo after being recognized during this year’s Homecoming Days Festival. Collins, a sixth grader, is a national and world champion archer and Creech, a 2016 JHS graduate, is the most prolific scorer in Kentucky high school basketball history. 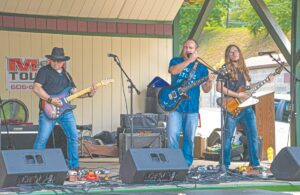 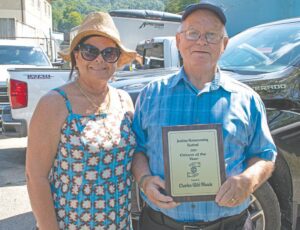 Charles “Gib” Meade was given the honor of “2021 Citizen of the Year” by the Jenkins Homecoming Days festival committee and was recognized on stage on Saturday. Gib, known for his constant warm smile and sense of humor, is pictured with his daughter Beverly DeSimone. 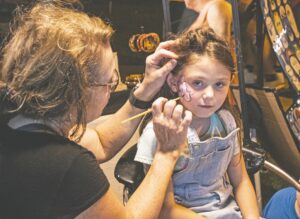 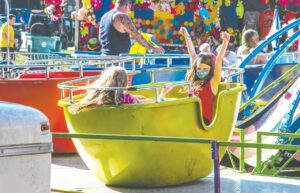 Allison Anderson lifts her arms into the air while taking a spin on a carnival ride at Jenkins Homecoming Days. All photos by Chris Anderson